'Relentless Determination with John Eales', presented by Maroochydore Chamber of Commerce and Walker Corporation.
An event for the whole business community of the Sunshine Coast.

It is unclear what balls are going to be thrown at you in 2023, but one thing is for sure you are going to need relentless determination to get over the line.

Start your year hearing from a Legend of Australian Sports, John Eales, the most capped captain of the Australian Wallabies Rugby Union. As comfortable in the boardroom as he is on the field, John is an inspirational leader and businessman through both his actions and his relentless determination. John's sense of fair play and genial nature made him one of the most respected figures in the game, and an extraordinary ambassador for sport and Australia.

He inspires and instructs by focusing on the importance of coaching, composure and culture within corporations and the necessity for faith in the abilities of team members, particularly in times of change, in order to remain composed in the face of aggressive competition.

From economic, to housing, to health, to resourcing issues, you need to be prepared for anything in 2023. Customers have changed their buying patterns, how we run businesses has flipped on its head, the speed of life seems to have intensified. As a leader in life, you can either be at the effect of these factors, or in charge of them. The intent of this event is to leave you prepared, inspired and determined to win, no matter what!

This is an open event and you do not need to be a member of Maroochydore Chamber of Commerce. It is our role as a Chamber to connect the business community with speakers that will help them lead and accelerate their careers and business life. It is our absolute pleasure to bring John Eales to town and we strongly recommend you grab your team, colleagues, clients and friends and get along to what will be a powerful start to the 2023 business year.

We will allocate seating for this event in order of booking date, so secure your table or tickets fast to be closer to the legend that is John Eales!

In a career that spanned 10 years, John Eales played a total of 86 Tests for Australia, captaining them on 55 occasions and accumulating 173 test points, making him the highest-scoring forward in the history of rugby. When he retired from rugby in 2001, he was Australia's most capped captain and regarded as the most outstanding forward in world rugby. His athleticism and natural leadership qualities made him an automatic selection in any World XV.

John has been a great ambassador for rugby. Indeed, so highly is John remembered that an elite group of experts, including former national coaches Bob Dwyer, David Brockoff and ex-Wallaby Jeff Miller voted him as the No. 1 player Australia has produced. In 2002 the ARU launched a prestigious award to honour the game's best Wallaby player each season, known as The John Eales Medal. In 1999 he was awarded the Order of Australia (AM) for services to the community and rugby.

In 2004 John attended the Athens Olympics as an Athlete Liaison Officer for the Australian Team. He repeated the role at the Beijing Olympics in 2008 and in London 2012.

John Eales has seamlessly transferred his natural leadership qualities to the corporate world. John was a founder of the Mettle Group, a business specialising in leadership and culture, that was sold to the Chandler Macleod Group. He is on the board of Magellan Financial Group, Flight Centre Travel Group, and The Palladium Group, and has consulted to major Australian and global companies.

He has also authored two books, Learning From Legends- Sport, and Learning From Legends - Business, where he interviews and extracts insightful leadership lessons from some of Australia's most successful sports and business people. Peter Fitzsimmons' biography on John Eales achieved outstanding public interest and, for a sports biography, stratospheric sales results.

Not satisfied with simply excelling at Rugby, in 2010 John Eales dethroned the previous Australian Sudoku champion, Mark Skiffington in the Australian Sudoku Championships in Perth. Although he was not able to lead his Queensland team to victory on the night (the State Competition was won by Western Australia), he was ranked Australia's number one Sudoku player - but there is a deeper story to tell about that! 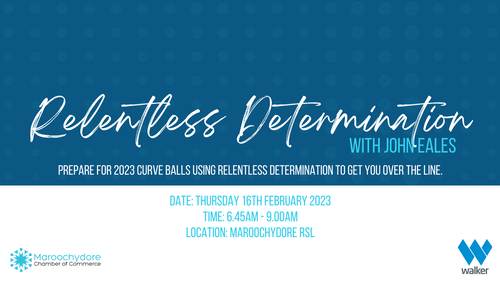